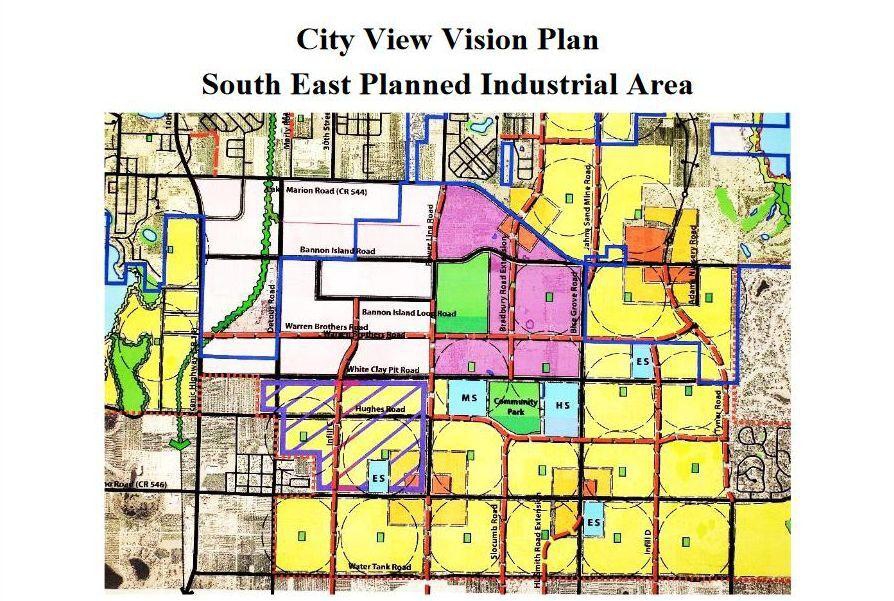 The City Commission in Haines City held a public workshop to discuss the possibility of re-zoning more than 800 acres of industrial land on Jan. 6.

City Commission members Roy Tyler and Jayne Hall expressed some concerns about single family homes that are in close proximity. All of the elected officials appeared to support city staff members’ plans moving forward with an official proposal for a future hearing.

About 300 acres of industrial development is already in that area. Staff members are looking at purchasing around 100 acres north of County Road 544 and around 700 acres south.

In addition, staff members are working to annex another 1,000 acres or so in the immediate vicinity of the proposed industrial park according to the presentation.

While there is some industrial development in the area, there is no official city industrial park. To create one, staff would need the permission of current landowners and authorization from the City Commission.

“The city has received multiple requests to develop residential subdivisions in and around these planned areas,” according to the presentation given at the meeting. “This workshop is intended to clarify city policy related to these areas.”

The Ledger: SafeWise.com: Haines City is one of the safest towns in FL
Posted by Haines City EDC
3/15/2021